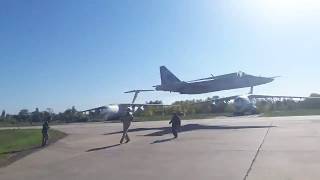 OMG!!! You have to watch this!

Trump declares war on stamps - the real enemy. Now some of them may be good stamps, but the majority

Trump moves to quit 144-year-old postal treaty The US has announced plans to withdraw from a 144-year-old postal treaty, which the White House says lets China ship goods at unfairly low prices. Under the treaty, a UN body sets lower international rates for packages from certain countries, a move originally designed to support poorer nations. But the US says the discounts put American businesses at a disadvantage. Officials said they hoped the notice of withdrawal would set th

It's a good thing Putin occupied Crimea, cause we know that the Russian army has a long traditio

US soldiers in Poland probed after beating up three locals in front of family members The US Army confirmed that some of its soldiers stationed in Poland are being investigated for an altercation, in which they reportedly assaulted a local dentist and his two sons in front of other family members. The incident happened two weeks ago on Friday night in the western Polish town of Skwierzyna, one of several hosting US troops. A dramatic first report by Polish tabloid Super Expre

Checking it out: Putin drives Egypt’s Sisi around F1 circuit in Aurus motorcade car (PHOTO) Russia’s Vladimir Putin got behind the steering wheel to show Egypt’s Abdel Fatah el-Sisi what the Formula 1 circuit in Sochi looks like, picking an Aurus sedan from his motorcade for the job. After concluding their talks on Wednesday, the two leaders traveled to the Sochi Autodrom, which just recently hosted the Russian F1 Grand Prix. They took the trip in President Putin’s new Russia

At least we prosecute these fascists... as opposed to the rest of Europe.

Greek prosecutors say Golden Dawn 'stalling' as trial drags on When Golden Dawn's trial started in 2015, it was expected to span 18 months. Today, it continues to drag on. Athens, Greece - When the trial of Greece's far-right Golden Dawn party kicked off on April 20, 2015, it was expected to span some 18 months. But three-and-a-half years later, a final verdict seems as distant as ever. The start of the trial followed a 15-month investigation, and prosecutors charged Golden D

DUNCAN WOOD on the USMCA or the SMAC as I prefer to call it.

Dr. Duncan Wood, director of the Mexico Institute of the Wilson Center and a great friend of ITAM talks about the new "SMAC" "FREE TRADE" agreement of North America. What can I say, the discussion was awesome. Duncan REALLY knows his stuff, and I know that alot of you ex alumnos who remember Duncan will want to hear this... In a way, Duncan is BACK! sort of. click the link below to find out more about the Mexico Institute in DC. TONS of AWESOME research on anything Mexico-USA

Melania Trump: Donald Trump and I are fine

​​SMLXL US First Lady Melania Trump has dismissed speculation about the state of her marriage, saying her husband's alleged extra-marital affairs are not her "concern or focus" because she has better things to do. In an interview with ABC News, she said media speculation about her marriage was not "pleasant". Asked if she loves President Donald Trump, she said: "Yes, we are fine." He denies having had extra-marital affairs. Porn-star Stormy Daniels and former Playboy model Ka

So, after a very long break from the podcast because i had way to much work the last few months, we are back with a brand new episode on the election of AMLO and in Mexico and the future of security cooperation with the USA with Senior Fellow Eric Olson from the Wilson Center in DC. We spoke alot about why Mexico is in so much trouble and what AMLO needs to do and what he is likely to do. Oh yeah, all of this in the context of a Trump presidency in the US. hope you enjoy and

This is a good one... I don't think the Russians believe their own bullshit... yes, the US is to

War in Syria won’t end while the US remains there – Lavrov to French media The illegal US presence in Syria is one of the reasons why war there cannot end, especially since Washington is apparently trying to create a quasi-state on the eastern bank of the Euphrates, the Russian foreign minister said. The pessimistic prediction about the future of Syria came from Sergey Lavrov in an interview he gave to RT France, le Figaro and Paris Match. Asked about a planned disarmament of
1
2